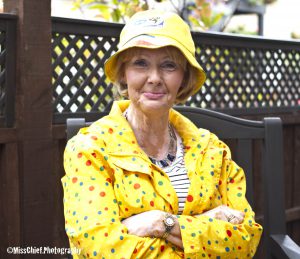 Lynne ready for the weather

We could have been forgiven to think that it was October instead of August, the day started with a light drizzle who had become really dense by the end of our ride out.

Emmy led by Stuart and with Penny as passenger, took the lead and in Stuart true fashion took us through lanes I could only have dreamed of. The route was from Gorey to Cafe Ouen, just off Plemont. I had a relatively straight route in my head that did not match the path Stuart led us through. Considering I have been on the island for 28 years and consider myself a ‘local’ now, I should be ashamed to admit that most of the morning, I didn’t have a clue where I was. All I know is that there were lots of hills (so going up and down).

The places I recognised were (in no particular order):

The little 15 miles/hour lanes we went through were very bendy, steep at times and really made out cars stand out from the back according to Eddie who was bringing up the rear in Noddy. As usual we got plenty of smiles and waves from the people walking the lanes and we were all very careful when overtaking a horse.

The long meandering drive eventually took us to our destination. Upon arrival, we all noticed that Camille had beaten us to it as Sean and his guest were already sitting in the dry and had ordered their collation. Sean did say that he had been to the start but had arrived after we had left… and he obviously took a route more direct than the one we had been onto! 🙂

The redeeming moment for me was when I heard my fellow drivers and passengers admitting that I hadn’t been the only one getting lost in the lanes this morning as it transpired that at time Stuart himself didn’t know where he was leading us too….

On the roll call today, we had Scarlet (with Helen, Ben & Debbie), Celeste (with Jo & Mark), Emmy (with Stuart & Penny), a Grey Charleston (with Lynne & Steven), Camille (with Sean and Jacki), Noddy (with Eddie) and Titinne (with Murielle). 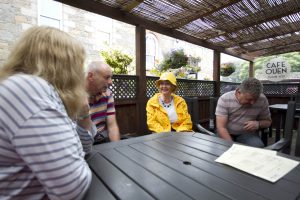 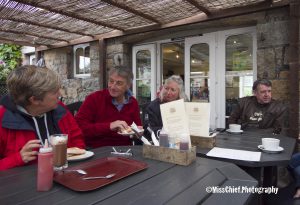 I must not finish without mentioning that Chris had sent an email with a picture of Little Mule to remind us that although he couldn’t be with us today, he did have a 2cv and it wasn’t a figment of his imagination :). 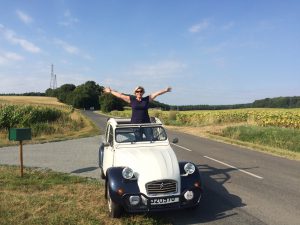